On June 27, 2019, Fox 8 broadcast its interview with Professor Plecnik on public records law and the impact of Sheil v. Horton.  Anchor and I-Team Reporter Bill Sheil, the named plaintiff in Sheil vs. Horton, asked Professor Plecnik about his case and the problem of government agencies using nonprofits as conduits for public money to avoid scrutiny and public records requests under the Ohio Sunshine Laws.

Reporter Sheil and Fox 8 brought their case using the new, expedited procedure to contest denials of public records requests in the Ohio Court of Claims, which was voted into law by the Ohio General Assembly in 2016.

From the interview:  “Public policy expert John Plecnik says the fact that the case began with the new process that goes through the Court of Claims is significant.  ‘So this is really new ground that we’re breaking, and I think it’s positive from the perspective of disclosure and taxpayers that the first major decision says err on the side of disclosure.’”

In Sheil v. Horton, Reporter Bill Sheil and Fox 8 sued Cuyahoga County Community College, better known locally as Tri-C, for disclosure of how much it paid Academy Award winning actress Octavia Spencer to speak at a luncheon in 2017.  Tri-C denied Fox 8’s public records request on the grounds that its affiliated nonprofit—the Tri-C Foundation—actually contracted with and paid Ms. Spencer.  Even though Tri-C is admittedly a public entity as a state-supported community college, it argued that the Tri-C Foundation is a private, nonprofit organization that is not subject to public records requests.  In a unanimous opinion authored by Judge Patricia Ann Blackmon, the 8th Appellate District Court of Appeals of Ohio ruled in favor of Fox 8 and required disclosure.

In ruling for Fox 8, the Court of Appeals applied the “functional-equivalency test” first articulated by the Ohio Supreme Court in its 2006 decision of Oriana House v. Montgomery.  To quote the Ohio Supreme Court, “[u]nder this test, the  court  must  analyze  all  pertinent  factors,  including  (1)  whether  the  entity  performs  a  governmental  function,  (2)  the  level  of  government  funding,  (3)  the  extent  of  government  involvement  or  regulation,  and  (4)  whether  the  entity  was  created by the government or to avoid the requirements of the Public Records Act.”

Professor Plecnik closed his interview with Fox 8 expressing his hope that recent case law in favor of disclosure will reduce the need for litigation:  “If we can build off of Sheil v. Horton and build a culture of disclosure, it won’t even be necessary for taxpayers to bring these lawsuits.”

Professor Forte is serving as the Distinguished Fulbright Chair for the Faculty of Law at the University of Warsaw, Poland.

Professor Heidi Gorovitz Robertson was interviewed by public radio reporter and host Kara Holsopple for The Allegheny Front regarding some differences in the ways Ohio and Pennsylvania regulate the oil and gas industry and, in particular, the hydraulic fracturing technology. The interview, titled  “How Ohio Compares to Pennsylvania for Oversignt of Gas Industry” is available here:

This interview and an earlier interview with report Julie Grant were also used as background for another story in the same series.  The earlier story, “Some Ohio Citizens Who Complained about Oil and Gas Feel ‘Abandoned’ by the State,” aired on public radio in Pittsburgh and will be broadcast more broadly in the region.  It is one of a five-part series entitled “Who’s listening?” examining claims made by Ohio residents, and how state regulators have responded.  You may listen here: 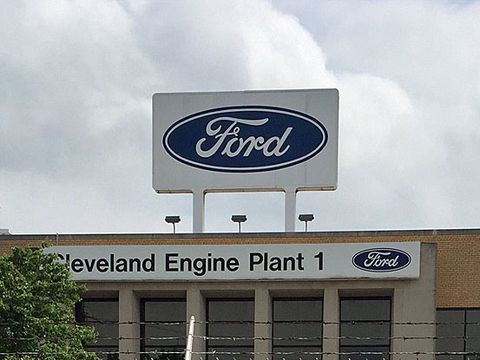 Dean Lee Fisher published an op-ed on Cleveland.com emphasizing the importance of the auto industry to Ohio’s economy, jobs, and tax base.  He cautions that changes in technology and the global economy, not to mention steel and aluminum tariffs, pose dangers to the auto industry, and that Ohio must work to ensure the continued vitality of this critical industry:  “having a false sense of security would be a mistake.”

Dean Fisher notes that the auto industry has a particular strong “multiplier effect” on jobs, citing research showing that “every auto manufacturing job creates seven additional jobs.”   He concludes that “[a]ll stakeholders, including the automakers, their labor partners, policymakers and economic development leaders, should continue to collaborate to ensure these plants continue to drive job growth in our state.”

On June 15, 2019, The News-Herald published an interview with Professor John Plecnik, who also serves as Vice President of Council & Councilman-at-Large for the City of Willoughby Hills, on his successful efforts to economically redevelop the City’s business district and build a brighter future for the west end of Lake County by using his expertise in tax law.  “[T]he major economic development of bringing Produce Packaging to Willoughby Hills along with the police substation, Aldi and last year, Hospice of the Western Reserve coming to Willoughby Hills does represent a major improvement in the economic climate in the city,” Professor Plecnik told The News-Herald.  “I think it’s largely the result of an aggressive strategy to recruit businesses and jobs through tax abatement which is something that Councilwoman Laura Pizmoht and I as the tax and economic development experts on council have taken the lead on and the mayor and Council President Nancy Fellows have been incredibly helpful in that process and supportive of what we have done.”

Professor Plecnik’s teaching and scholarship focuses on the intersection of taxation and public policy, and his work has been cited as authority by the Supreme Court of the United States.  You can review the tax abatement or “Incentive Grant Agreement” (which is a public record) that Professor Plecnik negotiated and drafted to bring Produce Packaging and over 300 jobs to Willoughby Hills here:

On June 13, 2019, Professor John Plecnik spoke at the Celebration of the 28th Anniversary of the Independence of the Republic of Slovenia in Cleveland City Hall.  Professor Plecnik, who also serves as Vice President of Council and Councilman-at-Large for the City of Willoughby Hills, spoke alongside Mayor Frank Jackson, Councilman Mike Polensek and fmr. Councilman Joe Cimperman of Cleveland, State Senator and Democratic Minority Leader Kenny Yuko, Slovenian Consul General Andrej Rode, and Slovenian Ambassador to the United States Stanislov Vidovič.  In his remarks, Professor Plecnik recalled his conversation with Mayor, Governor and Senator George Voinovich three years ago at the 25th Anniversary of Slovenian Independence, and spoke of how all Slovenians are family.

Professor Heidi Gorovitz Robertson participated in the John W. Adams Summer Scholars Program in Socio-Legal Studies at Kenyon College on June 7, 2019.  The theme for this summer’s seminar was “Environmental Justice.” The weeklong seminar serves competitively selected undergraduate students from a group of Ohio colleges.   Professor Robertson presented a two-hour workshop entitled “Finding a community’s voice through the law of environmental justice.”  Robertson is the Steven W. Percy Distinguished Professor of Law at C|M|LAW, and a Professor of Environmental Studies at the Levin College of Urban Affairs.

On Jan. 8, Clinical Professor of Law Doron Kalir presented at Congregation B’nai Jeshurun’s Tikkun Leil Sha’vu’out. The event, which is community-wide, attracts hundreds for a night of text and Torah Study with Rabbis, theologians, academics, and other thought leaders. Professor Kalir’s presentation this year was titled, “Following Netflix’s Come Sunday: What is Judaism All About?” The presentation explored the rise and fall of Bishop Carlton Pearson as reflected by the bioepic “Come Sunday,” only to return to Judaism and ask what lessons, if any, are relevant from this story to ours. This was Professor Kalir’s fourth annual presentation at this event.

Professor Sterio at The Hague

Professor Milena Sterio presented at The Hague, in the Netherlands, on the topic of “The Legacy of Ad Hoc Tribunals” at the Asser Institute (co-sponsored by the University of Leiden) on June 4th, and at the University of Leiden, Hague Campus, on June 5th.  These presentations, co-delivered with Dean Michael Scharf, Case Western Reserve University School of Law, centered around Professor Sterio’s and Dean Scharf’s new book, entitled “The Legacy of Ad Hoc Tribunals in International Criminal Law” (Cambridge University Press 2019).