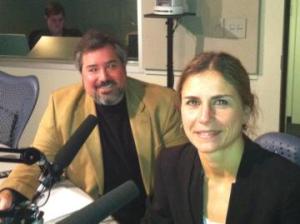 Professor Milena Sterio appeared on WCPN’s Sound of Ideas radio show on Tuesday, January 31, 2012, to discuss piracy in the 20th century.  She and Professor Michael Scharf (Case), discussed the problem of modern piracy and their work supporting the prosecution of Somali pirates in the courts of the Seychelles and other countries in that region.  Sterio, along with her C|M|LAW students, provides legal research support to the government of the Seychelles as they work to prosecute pirates.  (Please see earlier posts describing that work: https://cmlawfaculty.wordpress.com/2011/12/15/sterio-serves-on-piracy-delegation-to-the-seychelles/)

To listen to the radio show, please click here http://www.ideastream.org/soi/entry/44912

You may access this article by downloading it through Ohio Link at: http://journals.ohiolink.edu/ejc/article.cgi?issn=10780874&issue=v48i0001&article=138_brtjc 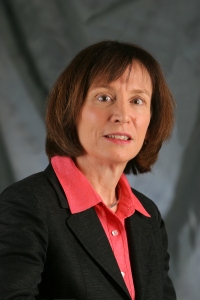 Professor Candice Hoke co-organized (with Martha Mahoney- Miami) and presided over a Cross-Cutting Program at the Association of American Law Schools annual meeting in Washington, D.C., on January 5, 2012.  The program, “The Law and Science of Trustworthy Elections: Facing the Challenges of Internet Voting & Other E-Voting Technologies” featured elections law and technology experts from throughout the nation.

In the heated 2012 presidential election cycle, most Americans will cast primary and general election ballots on aging computer-based voting systems built to standards that date at best from the early 2000s. At least 33 States now permit email, e-fax, or other internet transmission of voted ballots for military and civilian overseas absentee voters.  This cross-cutting program made high-tech election issues accessible for law professors through presentations from experts in computer science, statistics/political science, and government as well as legal scholars. The program identified legal and regulatory issues in urgent need of attention from legal scholars in fields that include administrative law, computer and internet law, election law, legislation and the political process, and other areas.

Premier computer scientists have evaluated currently deployed electronic voting equipment, finding flawed software and an ease of tampering even by hackers with little expertise. Yet those repeatedly confirmed scientific findings have yielded little effect on the voting technology approved for use. In 2008, States that produced at least 160 electoral votes and elect substantial portions of the U.S. Senate and House used voting equipment that has received grave criticism for being easiest to manipulate in ways that may be undetectable. In 2012, this flawed equipment will largely determine a similar number of Electoral College votes and scores of legislative seats, Federal and State.

The program’s first panel, “Understanding Computer Vulnerabilities” featured Professors Andrew Appel (Princeton) and David Wagner (Berkeley), both experienced in translating computer science into comprehensible insights for policymakers.  It provided an overview of the ways in which computers have been integrated into the election process, explain the design flaws that can cause serious undetectable problems in election results, and identify safeguards that are essential – though largely unused — to assuring votes are recorded and counted accurately.  The second panel, “Understanding the Risks of Internet Voting For Accurate, Accessible Elections” included Professor Alex Halderman (Michigan) who discussed how his team broke in, took control, and secretly re-voted ALL cast ballots for write-in science fiction characters in the District of Columbia internet voting public test in 2010. Computer scientist David Jefferson (Lawrence Livermore National Lab) explained the internet voting risks that cannot be managed in the foreseeable future with implications for national security and accurate elections.  Law professor Martha Mahoney (Miami) presented her study of a Federal pilot internet voting project that sought to establish that the internet can transmit voted ballots in compliance with laws requiring accuracy and ballot secrecy.  C|M|LAW’s Professor Candice Hoke identified federal agency activities promoting internet voting and litigation that has thus far unsuccessfully sought to establish voting rights to accurate election technologies.

In addition to an introduction and panel presentations, the program featured a roundtable discussions on the “Legal Implications and Recommendations.”  The roundtable featured presentations and interchange among Debra Bowen (Secretary of State of California), Richard Hasen (U.C. Irvine, Law), Walter Mebane (Michigan, Political Science and Statistics), and Daniel Tokaji (OhioState), on how to protect voting rights, election integrity, and national security in light of the voting system defects and risks presented in the earlier panels.

As previously discussed in this space (see: https://cmlawfaculty.wordpress.com/2011/12/15/sterio-serves-on-piracy-delegation-to-the-seychelles/), Professor Milena Sterio traveled to the Seychelles as part of a small delegation of lawyers sent by the High Level Working Group on Piracy to assist the Seychelles with the prosecution of pirates.  Her work, along with Professor Michael Scharf (Case), was the subject of an article in the Cleveland Plain Dealer.  The article, Cleveland Law Professors Helping with Prosecution of Somali Pirates, by James Ewinger, appeared on Monday, December 19, 2011. 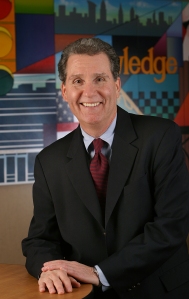 On Saturday, January 7th, Professor Alan Weinstein spoke at Association of American Law Schools annual meeting.  The session was titled “The Impact of the Religious Land Use and Institutionalized Persons Act on State and Local Governments.”  Professor Weinstein’s paper focused on local governments and religious entities.  Professor Weinstein’s paper examined our now decade plus of experience with RLUIPA and concluded: (1) despite claims that the courts have been “flooded” with RLUIPA litigation, there have only been about 200 decided cases since the fall of 2000 (although the amount of threatened litigation giving rise to “settlements” and cases settled before any formal proceedings is larger); and (2) both state and federal courts have limited the reach of the statute by narrowly interpreting what comprises “religious exercise,” a “substantial burden” on religious exercise, and “land use regulation” for challenges brought under the “general rule” portion of the statute and by requiring that comparator uses meet stringent similarly situated requirements in equal terms challenges under the statute. Number (2) above demonstrates that what the statute effectively does is to “allow” — rather than “impose” — heightened scrutiny on land use decisions that would not have triggered heightened scrutiny absent RLUIPA. Other speakers in the session included March Hamilton (Cardozo) and Douglas Laycock (Virginia). 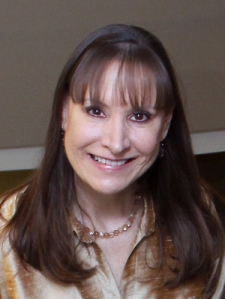 The U.S. Senate Finance Committee majority and minority staffs asked Professor Deborah A. Geier to participate, along with a select group of other tax law and public finance economics professors, in a two-day Academic Roundtable discussing fundamental tax reform on January 5th and 6th in Washington, DC. The roundtable discussions focused on Individual Taxation, Deferred Compensation and Tax-Exempt Organizations, Estate & Gift Taxation, Energy/Environmental Taxation, Business Taxation, and International Taxation. The discussions were wide-ranging and fruitful among the participants and the Senate Finance Committee staff. Professor Geier may be asked to continue conversations with Senate Finance Committee staff members as various tax reform possibilities are explored further. 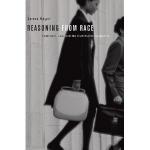 Professor Lolita Buckner Inniss reviewed Serena Mayeri’s Reasoning from Race on Dicta.   Dicta is a project of the Texas Law Review and, according to its website, “Dicta, at its simplest, is a place to share thoughts, reactions, and recommendations on legal books. The site features short and accessible pieces covering any and all recently published books that are of interest to the legal academy.”  According to Inniss,  Reasoning from Race is a great read for those interested in the history of feminist legal strategy and in the ways that the feminist movement deployed legal approaches from the the Civil Rights movement.  She writes that “Reasoning from Race is about how feminist legal theorists incorporated into the “woman question” legal theories drawn from the black (formerly, the Negro) question,” and that the book “makes manifest that race and sex remain inexorably linked and that together they help to form the basis of what one commentator has called a “perspectivist aesthetic.”  Inniss states, in conclusion, that “Mayeri succeeds admirably in addressing the diverse but closely allied strands of legal strategizing about feminism premised on race.” 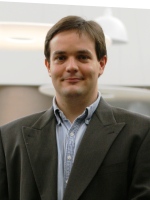 Professor Chris Sagers was quoted in the L.A. Times on December 10 for his views in AT&T’s unprecedented merger bid to acquire rival wireless service provider T-Mobile.  The merger, which would reduce  the U.S. wireless service marketplace to only three competitors, and in virtually every major U.S. city would give AT&T market share dramatically above the levels normally challenged by federal antitrust enforcers, appeared to be in jeopardy after the Federal Communications Commission announced its intent to investigate it through adversarial proceedings and the U.S. Justice Department sought to prolong its in-court antitrust challenge to the deal.  Asked why AT&T what events portended for the merger, Sagers observed that the parties likely had no real expectation of consummating anything like their initially planned transaction, and instead were probably negotiating with regulators and with each other over their most mutually palatable means of exit.  (After this article appeared in December 10, AT&T chose to abandon the merger entirely.)